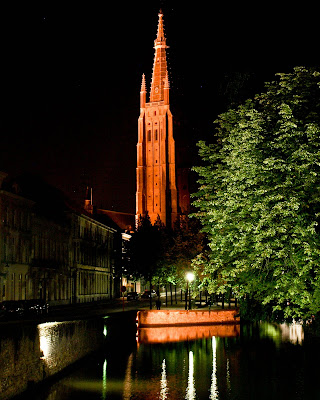 Buy these prints and more from my ETSY store!
Bruges was another stop on our visit to Europe (my father and I went in July of this year). Our last name, Fleming, came out of Bruges when it was still Flanders. In fact, they still speak Flemish in Bruges today. Known as one of the best preserved medieval cities in Europe, you can't help but to fall in love with it.
Bruges was beautiful. The architecture was absolutely gorgeous and the city had a deep and interesting history. Historians tell us that Bruges (Brugge) has been settled since the 9th century by the Vikings. The name Bruges is likely derived from the Scandinavian word "Brygga" meaning "harbor." The city has had many highs and lows and has recently found its high in tourism. It certainly was a wonderful place to visit with great food, warm people, and wonderful landmarks.
The first photographs are of the Church of Our Lady which houses Michelangelo's Madonna and Child among other fine works of art. We weren't allowed to take pictures of the his sculpture but here is one photo that I was able to take from the inside: 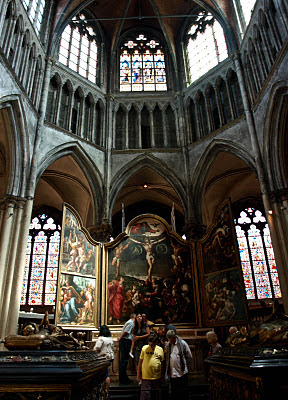 (Inside the church)
The outside of the church is just as beautiful. Construction on the building started in the 13th century and was mostly finished by the 15th century. However, the exterior has undergone several renovations over the years. It's tower is the second tallest brick structure in the world making it visible from most places around the city. 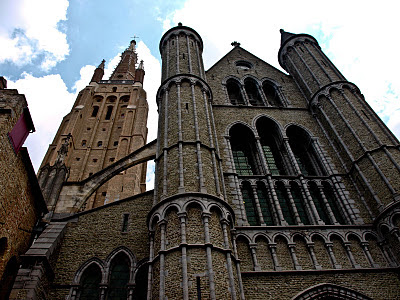 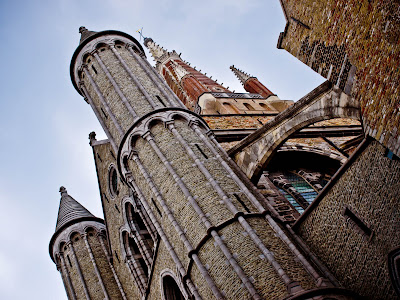 (Exterior photograph)
Belfry Tower was originally built in 1240 but was destroyed by fire 1280 and had to be rebuilt. It houses 47 bells, each with distinctly different tones which were historically used for different functions (i.e. one was used if there was danger, others to keep time, bells for important announcements, and so on). 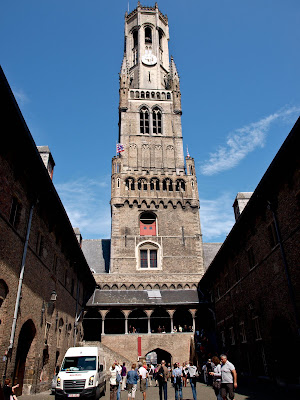 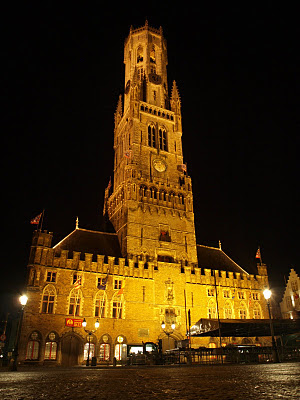 (Belfry at night)
Many of my favorite places existed along the canals that run through the city. 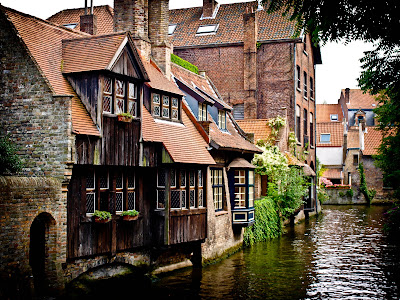 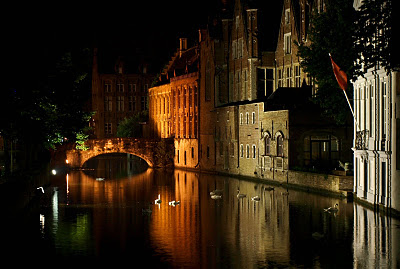 (Canal at night - white spots are swans that are actually owned by the city)
The market square was the heart of the medieval city. The square is surrounded by the Belfry Tower, the Provincial court building, and colorful intricately designed buildings. 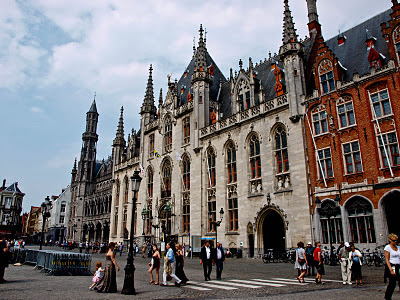 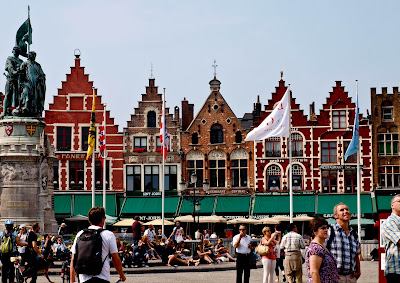 The statue in the middle of the square honors the two leaders of the Battle of the Golden Spurs (an uprising in 1302 against French occupation). 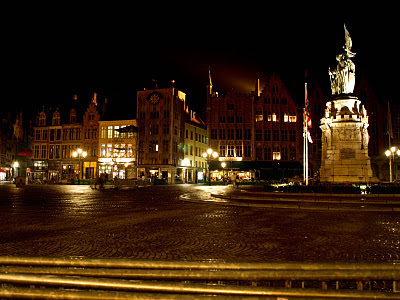 (Nighttime view of Market Square and Statue)
Like these photographs? Buy a print from my Etsy store. If there is one on this page that is not offered on Etsy, feel free to message me through Etsy about custom prints!
For my other photo collections, look at these posts:

Check out my Flower photo collection featuring flowers from around the world!

Posted by AlishaMichelle at 8:01 PM